What is Binge Eating Disorder? 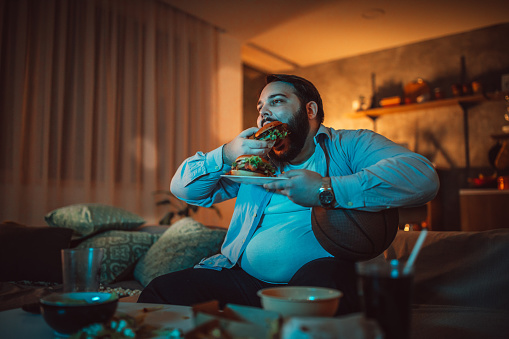 What Is Binge Eating Disorder?

Binge Eating Disorder is a disorder in which people use food to satisfy a variety of emotions in order to cope with them.  People may binge when they experience any negative emotion, such as anger, sadness, or depression.  Another reason a person may binge is shear boredom.  People have used food as a coping mechanism for so long that now that it is a habit to turn and use food to make them feel better.  People do not know how to deal with their "life" anymore without food.  Binge Eating Disorder is the most common of all eating disorders.  It affects about 25 million people.

When a person binges, they usually experience some, if not all, of the following: eating an usually large amount of food, feeling a loss of control while eating, consuming food more quickly than the average person, eating large amounts of food even when they do not feel hungry, feeling better eating alone because the amount of food is typically large, and feelings of guilt, disgust, and even becoming ashamed of themselves after a binge occurs.

What are Binge Eating Disorder Causes?

The cause of Binge Eating Disorder is unknown.  Depression and other emotional problems are prevalent in binge eaters.  Many researchers think that there is a connection between people who diet and binge eat.  When people diet, they deprive themselves of certain foods which causes them to want it more.  When they do give in, they usually eat too much of this food and it most likely turns into a binge.  Then the negative feelings set in and they make a promise that they aren't going to eat bad anymore.  This usually results in starting the cycle all over again and this is known as yo-yo dieting.

There are many consequences to bingeing.  High blood pressure, heart disease, diabetes, and obesity are just a few complications that can arise when people binge.  Many people can become sick from a binge because the foods that they chose to binge on as not full of vitamins and nutrients.  The foods are fuller of sugar and fat and this, obviously, is very unhealthy.

What Are Binge Eating Disorder Treatment?

Treatment for Binge Eating Disorder has the highest recovery rate of any disorder.  People usually meet with a psychotherapist or psychiatrist.  The health professional will ask questions about the person's past to figure out when they started comforting themselves with food.  They will get to the root of the problem and why is started and will give advice as to how the person should deal with those feelings when they happen.  If this does not work, some medications may be added to treat the binge eating.

Changing the habit of turning to food is the key point in getting started.  Changing all of the old habits will put you one foot closer to stop binge eating and to start getting on with your life.