What Are The 3 Stages Of Alcoholism You Should Know? 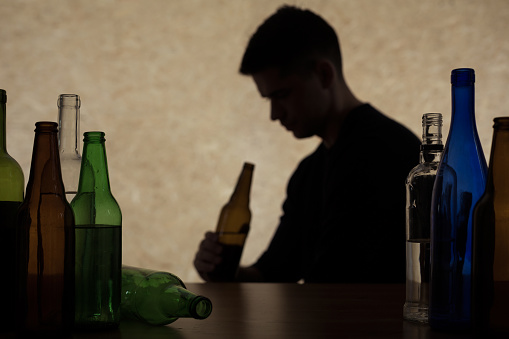 Consuming no more than one or two drinks per day for healthy men and a drink a day for healthy non-pregnant women are generally considered acceptable alcohol consumption without health risks. However, as the amount or frequency of drinking increases, the earliest of the alcoholism stages can develop as a result.

In the early alcoholism stages, a person begins to depend on alcohol to affect their mood. They drink for relief from problems, and they begin thinking more and more about alcohol. The person and others around them may not recognize that they are in the earliest of the stages of alcoholism. A gradual increase in tolerance happens, meaning, it takes increasing amounts of alcohol to achieve the desired mood-altering effects. Often, the person can consume large amounts of alcohol without appearing impaired.

At the early alcoholism stages, the body has adapted to increasing amounts of alcohol. In fact, how a person functions will likely be improved with drinking as blood alcohol levels rise. For example, they can think and talk normally or walk a straight line with no problem. However, with continued alcohol consumption over time, the body begins to lose its ability to deal with high alcohol levels. As this occurs, when the alcoholic stops drinking and their blood alcohol level decreases, their thinking, talking or walking functions deteriorate, and they are moving into the next of the stages of alcoholism.

The need and desire to drink gradually becomes more intense. Drinking larger amounts and more often happens as well as drinking earlier in the day. The alcoholic is losing control over drinking, and the body is losing its ability to process alcohol like it did in the early stages of alcoholism. Their tolerance decreases as they become intoxicated more easily. Withdrawal symptoms begin to become more severe if alcohol is reduced.

The person may now secretly recognize there is a drinking problem, and others may begin to notice as well. Unfortunately, the alcoholic no longer can judge how much alcohol their body can handle. Typically, the drinker denies to themselves and others that alcohol is a problem so they won't have to deal with their inner turmoil. Hangovers, blackouts and stomach problems can now be physical symptoms that occur on a regular basis.

As alcoholism progresses, the alcoholic has become obsessed with drinking to the exclusion of nearly everything else. Everyone can tell there's a major problem. During the late alcoholism stages, the mental and physical health of the alcoholic are seriously deteriorating. Many of the body's organs have been damaged which lowers resistance to disease. Relationships at home or socially may have been severely damaged, and there can be mounting financial and legal problems due to the alcoholic's powerlessness over alcohol.

Every alcoholic will suffer from malnutrition. Alcohol in large amounts interferes with the digestion process and the passage of nutrients from the intestines into the bloodstream. Liver function has been damaged, further limiting the conversion of nutrients into a usable form that the body can assimilate. The damaged cells are not receiving the needed nutrients, they cannot repair themselves and the damage continues. Nutritional deficiencies cause a host of related problems to become worse. For example, a vitamin B-1 deficiency common in alcoholics can result in loss of mental alertness and appetite, fatigue, confusion and emotional instability.

And if the alcoholic continues drinking, alcohol will cause the death of the alcoholic in one way or another. From suicide, accidents and related injuries to direct damage to the body's organs and systems, death will likely be the final outcome of end stage alcoholism.

Are there warning signs of alcoholism? Yes! Understand the signs and symptoms that indicate that alcohol consumption is becoming or is already a problem. There are resources available in a variety of ways to help deal with alcoholism stages and the serious consequences of this disease.