What You Need To Know About Chronic Obstructive Pulmonary Disease? 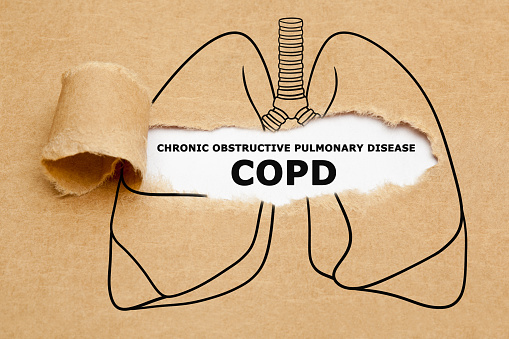 Chronic Obstructive Pulmonary Disease (COPD) is a slow progressing destruction of airways caused by gradual loss of lung function. It's a combination of various lung diseases. In COPD, two lung diseases, namely chronic bronchitis and emphysema are the main diseases. Other diseases like asthmatic bronchitis and bullous disease are also present. This disease is common among the older women in America. On a whole, about 11% of the American population suffers from COPD. According to researches, it kills 85,000 people in the US every year and it is the fourth leading cause of death.

Smoking is the primary cause of COPD.

Passive smoking can also lead to COPD. The effects of smoking on the lungs can be severe and permanent. Smoking causes irreversible damage to the lung tissues and causes inflammation of the lungs. This inflammation stops only when the smoking is stopped. The cigarette manufacturing companies add some chemicals to cigarettes for various reasons that block the production of alpha-1-antitrypsin (AAT), which maintain the elastic fibers of the alveoli. This in turn destroys the walls of the lungs, which makes the process of breathing very difficult.

As the disease intensifies, the patients suffering from COPD will find it difficult to breathe. Their difficulty may vary according to the changing weather. They sometimes require hospitalization.

Prevention is the best medicine for COPD. There is no cure. All the medications for COPD are directed towards reducing the intensity of the disease. So, it is wiser for all of us to take steps to prevent this disease.