What You Need To Know About Coeliac Disease? 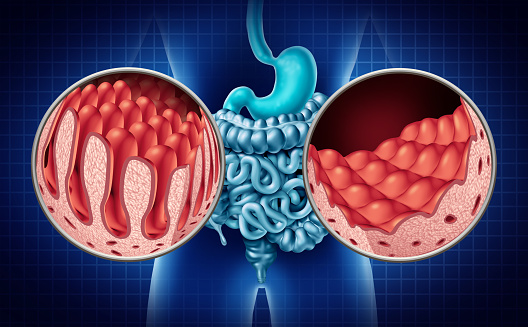 What Is Coeliac Disease?

Coeliac Disease is something which affects many people but which is not widely understood or discussed. It is a medical condition which affects the gut and digestive system of the sufferer and which people can be genetically pre-disposed to.

The disease often runs in families, due to the genetic predisposition of the condition. However, it can be brought on through environmental factors at any point in one's life. Coeliac Disease is most prevalent in British people, with 1 in 100 diagnosed. Italy is the next country with a high prevalence rate of 1 in 250 people. Those living in other countries but of British or Italian descent can find themselves more likely to develop it due to the genetic link. The condition is very rare in those of African, Chinese or Japanese descent.

When an individual who is per-disposed to Coeliac Disease eats a product containing gluten, damage is done to the lining of their small intestine. The body sees gluten as harmful and so attacks it and the villi, or lining of the intestine, which are shaped like small fingers, become flattened and this results in scar tissue being formed. This scar tissue is then not able to absorb nutrients and goodness from food, such as vital vitamins and minerals. The disturbance to the digestive system can also result in bowel problems, such as diarrhea in addition to malnutrition.

Gluten is a protein and a common ingredient in such food stuffs as wheat, barley, rye and oats. Unfortunately for sufferers there is no medicine available to relieve their symptoms. The only way to reduce, and possibly eliminate, the symptoms is to ensure that they follow a strict gluten-free diet for the rest of their life. For the majority of patients a gluten-free diet will prevent further damage to the intestines and give them the opportunity to heal to an extent, if not wholly, dependent on the length of time they have been eating a normal diet before switching to gluten-free. Other patients may not be as lucky, and may find that the damage is irreversible or aggravated by other ingredients such as eggs or dairy produce. These sufferers are certainly in the minority.

A gluten-free diet can be difficult to follow as it is present in all manner of food stuffs. The diagnosis of the disease in most people is during childhood, particularly if other members of the family are already diagnosed. This can be hard for a teenager to deal with, particularly when eating out or at the home of a friend. However, it is important for sufferers to accept that they will not be able to get over the disease but can manage it better if they stick to the special diet. As awareness of the disease grows, so does the availability of gluten-free food. It is now possible to buy gluten-free pasta, bread, muffins and bagels, which are all normally of the menu for a sufferer of Coeliac Disease.

When eating out it is important to remember that seemingly innocuous foods such as soup may have a wheat based thickener in them, thus ruling them out of a gluten-free diet. Some restaurants now offer a gluten-free menu, but if you don't have that option the safest choice is to head to an Asian inspired restaurant such as Thai, Japanese or Indian as there are more gluten-free options available on their menus as standard.