What Do You Need To Know About Ankylosing Spondylitis? 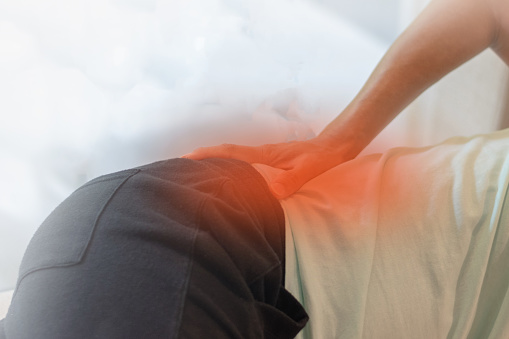 What is Ankylosing Spondylitis?

The word Ankylosing means inflammation of the spine while Spondylitis means joint which is fixed solid and unable to bend.  So, in simple terms, Ankylosing Spondylitis is a condition which involves the spine becoming inflamed and as a consequence becoming fixed and solid.  What tends to happen, is that tendons or ligaments attached to the spine become swollen.  When the swelling reduces, it is replaced by growths of bone.  When this happens a number of times, there becomes more and more bone where there used to be tendons or ligaments until eventually the joint fuses together.

As with many conditions, different people are affected with varying degrees of this condition, with some barely noticing it while others lose their full independence.  What is also interesting is that the Ankylosing Spondylitis symptoms can come and go over time.

What are the Symptoms of Ankylosing Spondylitis?

The first time people tend to notice that they have Ankylosing Spondylitis, is when the experience lower back pain and some muscle spasms.  This tends to be worse during the night.  This pain often spreads to the upper back, neck and buttocks.  Also, in the morning, neck pain may be experienced which is relieved during the day through exercise.

Without treatment, it is possible that the symptoms could develop into fever, fatigue and a loss of appetite.  There may be some weight loss as well.

As the spine starts to fuse together, you may start to find it more and more difficult and painful to move around.  Also, in a number of cases. as the joints start to become more and more affected, it becomes harder to breath as the ribs start to stop moving.  This means that breathing is now being conducted using only the muscles of the diaphragm.  On top of this, the lungs could be affected by Ankylosing Spondylitis.

Ankylosing Spondylitis in approximately 1 in 3 cases can cause inflammation in one or both eyes.

Nobody knows exactly what causes Ankylosing Spondylitis.  It is generally thought that the antigen HLA-B27.  This may explain why this condition appears to run in families.  This is also linked to a condition called Reites Syndrome.

There are no drugs in existence today which can slow or stop the condition.  However, there are drugs called Non Steroidal Anti Inflammatory Drugs (NSAIDs) which can help to control the inflammation and reduce the pain.

Also, daily exercise consisting of gentle stretching exercises or swimming can help to improve the movement of the spine and help to create a more positive posture.  On top of this, hydrotherapy and physiotherapy can also help to relieve the symptoms.

Unfortunately, there are a small number of people suffering from Ankylosing Spondylitis who will require hip replacements.  Thankfully, those cases are few and far between.

Interestingly, the symptoms of Ankylosing Spondylitis can be present for a period of time and then they reduce significantly.