What Is It All About With The Bird Flu? 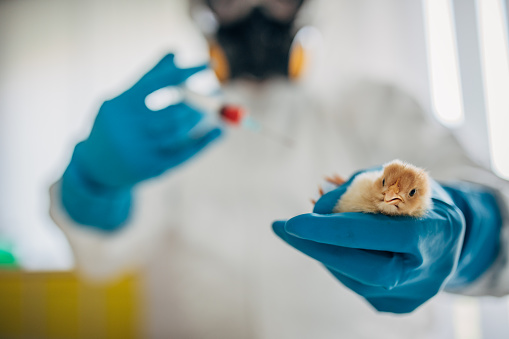 The humanity is always being challenged yearly. What good is a year if there has been no major threat to our humanity? It may be quite evil to say, but that's reality.  Every year, there are lots and lots of people who die from diseases, natural calamities.

It is a quite a scare to consider that one day, it might be us who will be the next victims.

The current scare that is making officials all over the world S%$T their pants out is the H5N1 strain. The H5N1 is a strain of bird flu virus that has been found to be very deadly. It has been considered to be deadly because of the rate it has been transferring from one bird to the other.

The scaring thing about it is that once the birds show symptoms of the disease. They have only a few days to live. The virus also spreads rapidly, sometimes spreading the virus to other flocks in just a matter of days.

Another scary thing about it is that a flu virus tends to mutate. If it does mutate and joins with a human flu virus it can be considered deadly for our species. So far the people who have been affected did not contact the disease from other people. They got the disease because they were unhygienic in handling domesticated birds that are infected.

However, recent developments have now got more people scared. The evens in Turkey should be observed more carefully. This is because in the span of only a week, 15 people were infected. Some may think that the virus has now mutated.
Currently we only have tamiflu to fight it with. Tamiflu is just an antiviral drug that prevents new virus from emerging out of the infected ones. Some experts even claim that Tamiflu does not help. If it does help, there is just nit enough to give to the whole world either.

The problem with the companies being hesitant to produce the tamiflu or any other vaccine for bird flu for that matter; is because they are afraid the threat becomes  bust and they might waste a whole lot of money.

The H5N1 strain is really becoming the stuff only movie producers think about. It's like the movie Outbreak. However, in real life the threat is bigger and we face a scarier situation when we just laugh about it. Thinking like it's just Colonel Sander's Big Joke.

The best thing we have to do is just remember to live a healthier and hygienic lifestyle. Because as always prevention has always been the best answer of humanity to any threat that looms.